“Bus stops are far more interesting and useful places to have art than in museums. Graffiti has more chance of meaning something or changing stuff than anything indoors. Graffiti has been used to start revolutions, stop wars, and generally is the voice of people who aren’t listened to. Graffiti is one of those few tools you have if you have almost nothing. And even if you don’t come up with a picture to cure world poverty you can make somebody smile while they’re having a piss.”

Throughout Central Asia the Soviet Era mosiac tiles, the national flag colour schemes and a variety of cultural icons can be seen in abundance along bus stop walls gracing village roads, open plains  and packed highways.

Whilst cycling in Central Asia I became a bit obsessed with the amazingly diverse bus stops I encountered.  These unassuming pieces of architecture became important places of respite from sun, rain, wind and exhaustion. Places to sit and relax for a time, places to brew tea, their meagre walls and roof providing the additional shelter I needed.  In Kazakhstan the bus stop/toilet combo providing that little extra for my ‘comfort breaks’! 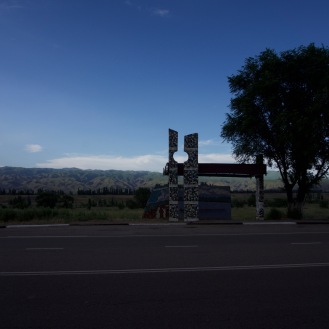 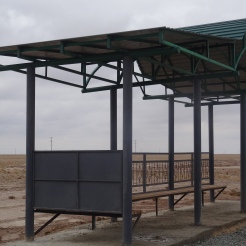 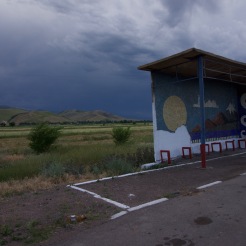 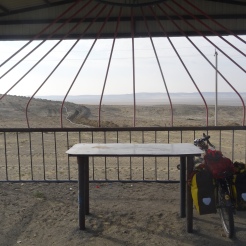 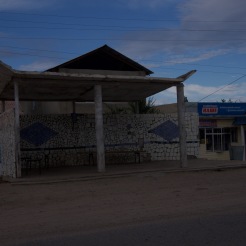 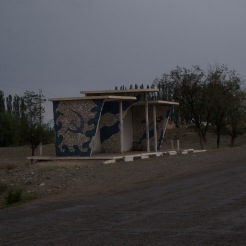 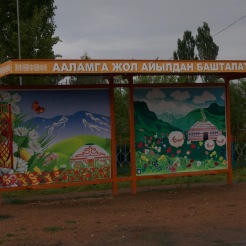 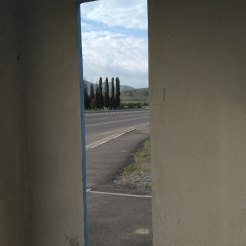 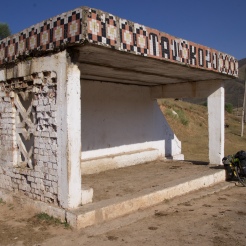 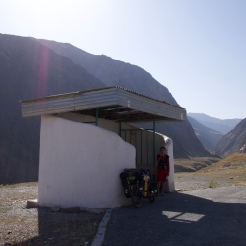 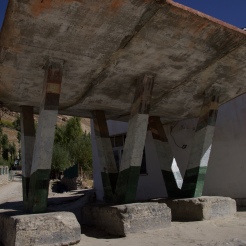 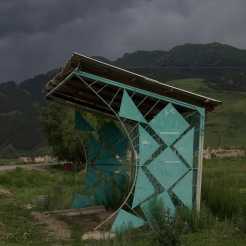 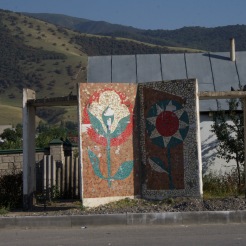